How Many Tablespoons In ⅓ Cup Of Butter?

Cooking and baking recipes are easy, direct, and convenient.

However, they can be challenging to follow if you don’t understand the measurements used in these guidelines.

For instance, butter, a common ingredient in these recipes, is measured in several measurements like tablespoons, teaspoons, cups, and sticks, which can be confusing.

So, how many tablespoons is a ⅓ cup of butter?

A ⅓ cup equals five full and a half tablespoons of butter.

However, this is according to the US customary system’s cup measurement.

Other countries use the metric system, which uses milliliters to measure volume.

This article gives a detailed description of how to convert butter tablespoon measurements into cups.

In addition are risks involved with excessive intake of this dairy product and a list of butter substitutes in dishes.

What is a cup measurement?

However, according to the US customary system, one cup is equal to:

When measuring ingredients using cups, fill them to the brim and then scrape out the excess using a knife for exact sizing.

While filling them in, you should shake the measuring cups, so everything settles.

How do I measure a tablespoon of butter?

Most butter sticks have markings on their wrappers.

Each marking stands for a tablespoon of butter, making it easy for you to cut one out.

That said, you don’t have to fret if your butter’s wrapping has no markings, as measuring is still manageable.

Take a tape measure or ruler to divide the butter stick into eight equal parts; each segment will denote a tablespoon.

How many teaspoons make a tablespoon?

A teaspoon is equivalent to a ⅓ of a tablespoon.

In other words, for each tablespoon, there are three teaspoons of butter.

One tablespoon is the size of your fingertip, from the top joint to the edge of the finger.

How many tablespoons is a cup of butter?

A cup is made up of sixteen tablespoons of butter which can also be equated to about eight fluid ounces.

Below are answers to common questions on converting tablespoon measurements to cups.

How many tablespoons is a stick of butter?

Butter in the US usually comes in sticks.

A stick is also called a slab of butter and weighs four ounces.

It also comes in different shapes and sizes, but its most common shape is cylindrical.

That said, each stick is equivalent to eight tablespoons.

As a result, half a stick of butter equals four tablespoons while a quarter denotes two.

Therefore, if your recipe requires a tablespoon of butter, an eighth of a stick should be enough.

How much is a block of butter?

Most people confuse a block of butter for a stick.

However, a block equals one pound while a stick is a quarter pound.

Getting a block of butter is time-saving as it will last a long time and reduce trips to the grocery store or supermarket.

A whole block is equal to two cups or four sticks of butter.

On the other hand, a half-block is a cup or two sticks.

Consequently, a quarter block is a half cup or a stick of butter, meaning that an eighth block equals a quarter cup or half a stick.

Below are some quick and easy flavored or compound butter recipes to make your meals more palatable and exciting.

Furthermore, herbs used in flavoring butter are available in most grocery stores; you shouldn’t fret.

Below are some alternatives that serve the same purpose as butter in case you aren’t a fan of this dairy product.

Although butter is delicious and has several nutritional benefits, excessive intake can lead to health problems like:

Does solid butter measure the same as melted?

Solid butter does weigh the same as its melted counterpart in volume.

However, their weights differ as the air and impurities in solid butter separate during melting.

In this regard, you should first measure the butter before melting it for use.

It’s not advisable to replace one for the other when following a recipe.

This is because it could lead to a texture difference.

How many pounds are 16 tablespoons of butter?

Butter in the US is sold in pounds, unlike other regions like Australia, where it’s sold in grams.

That said, sixteen US tablespoons of butter weigh half a pound.

This is because a pound equals close to four hundred and fifty-four grams, and one tablespoon equals fourteen grams.

How many sticks of butter equal a cup?

A cup is equivalent to two sticks of butter.

If you think that your butter sticks are pretty small and can’t fill a cup, melt them down in a skittle and pour them into a cup to make sure.

How many sticks of butter is 2/3 cup?

A ⅔ cup of butter is equal to one and a third sticks.

This is because one stick of butter is the same as half a cup.

How many grams are six tablespoons of butter?

This is because one tablespoon weighs about fourteen grams.

How many grams is a cup of butter?

However, one US cup of butter equals two hundred and twenty-six grams of butter.

Aside from describing the number of tablespoons equal to ⅓ cup of butter, this article sheds light on various conversions.

We hope that this keeps your cooking time short and recipe results accurate.

That said, butter has several health benefits, but you should use it in moderation to avoid contracting severe health conditions like obesity, heart disease, and dementia. 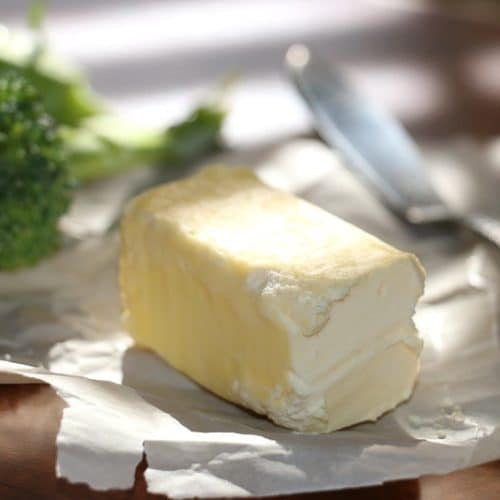 How Many Tablespoons Is 30ml?