Foods That Start With N

Grace
Author of the blog. I am passionate about the calling to be a homemaker, and local, family-owned businesses.

Latest posts by Grace (see all)

In this post, I list various kinds of food that begin with the letter N. See the whole food dictionary!

Traditional Indian flatbread. It is made from white flour and baked in a hot clay oven called tandoor. Naan can be found in the cuisines of  Western and South Asia and the Caribbean. It can be served with curry, lentils, meat, and soups.

Citrus fruit native to China, also known as tangerine. It looks like a small mandarin and has smooth orange skin that can easily be peeled. The flesh is juicy and semi-seedless. Its flavor is very sweet, which is why it became popular among other, more sour, citrus fruits.

Mexican dish composed of tortilla chips topped with cheese and chili peppers. Nachos are served as an appetizer or a snack. They were originally made in Texas in 1940. Some modern variations include beans, pickles, sour cream, guacamole, or meat with a spicy sauce as additional nacho toppings.

Japanese candy that consists of fruit jelly or sweetened bean paste. It is a type of wagashi (traditional Japanese confection) but moister as it contains 30 % more water. This dessert is made from natural ingredients and it is typically shaped like colorful flowers or leaves. Traditionally, Yamanashi is served with tea.

Tropical fruit of the Byrsonima crassifolia tree, native to America. It appears as a small, round-shaped, yellow berry, known for its strong odor and a very pungent, sweet flavor. It is cultivated throughout Central and Latin America and the Caribbean, where it is found under other names, including muruci, nanche, craboo, and a golden spoon. Nance fruit is high in fiber, vitamin C, and antioxidants.

Light and crispy biscuits, made of flour, baking powder, ghee (clarified butter), and sugar. This is a type of Indian shortbread biscuit, an eggless cookie that is typically flavored with cardamom and saffron. It has a crumbly, buttery consistency and a sweet, aromatic flavor.

The literal translation of Nasi Goreng is “fried rice” in Indonesian and Malaysian – and that’s exactly what it is! It’s main rice with just a little bit of meat and just onion for the vegetables. The thing that distinguishes it from other Fried Rice dishes is the sauce which is made with kecap manis, a sweet soy sauce that stains the rice dark brown and caramelizes the rice when it cooks.

Nasturtium is a genus of seven plant species in the family Brassicaceae (cabbage family), best known for the edible watercresses Nasturtium microphyllum (Rorippa microphylla) and Nasturtium officinale (R. nasturtium-aquaticum). Nasturtium was previously synonymized with Rorippa, but molecular evidence supports its maintenance as a distinct genus more closely related to Cardamine than to Rorippa sensu stricto.  Watercress or yellowcress is a common name for plants in this genus. These plants are related to garden cress and mustard, noteworthy for a peppery, tangy (pungent) flavor. The name Nasturtium comes from the Latin nasus tortus, meaning “twisted nose”, in reference to the effect on the nasal passages of eating the plants. Nasturtium foliage is used as food by the caterpillars of certain Lepidoptera, including Orthonama obstinate (The Gem).

A fruit native to South Africa, botanically known as Carissa macrocarpa. This is around dark red fruit, rich in vitamin C, calcium, and magnesium. Natal plum is consumed fresh or preserved in jellies and jams and used for desserts.

Japanese dish made of steamed and fermented soybeans. It has a chewy, sticky texture and a strong aroma and taste. Traditionally it is made from small nattō soybeans. Natto is served with soy sauce or mustard as a traditional breakfast dish in Japan.

Fruit of the Pyrus pyrifolia pear tree, originally cultivated in East Asia. It is known as Asian pear or apple pear. These pears are grown in two varieties: one with yellow-green and the other one with yellow-brown skin. These pears contain a high amount of water, which is why they are not the best fruit for cooking or baking. They are rather eaten raw or used as a sweetener to substitute sugar.

French slow-cooked stew made of lamb or mutton cooked with vegetables. It can include a variety of vegetables, including carrots, tomatoes, potatoes, green peas, and onions. It is seasoned with aromatic herbs, poured over with stock (and sometimes wine), and cooked until meat and vegetables are tender. Navarin is traditionally prepared in spring and often called the navarin printanier (spring stew).

A type of orange recognizable for its belly-button appearance and a bitter flavor. These oranges have very thick skin, but less juice than other types of oranges. Their flesh is more bitter so it is not used in juice as much as other types. The navel orange is seedless, made by mutation of a Brazilian orange tree. It is rich in vitamin C and potassium.

Navy beans, known also as white pea beans, pearl haricot beans, or Boston beans, are a variety of common beans native to America. They are white-colored and have a flat, oval shape. These beans can be cooked in soups or slow-cooked meals.

A drink made of fruit juice with the addition of sweeteners and water. Unlike fruit juice which is entirely made of fresh fruit, the nectar can be 99 % made of fruit, depending on the type of the fruit. A fruit juice that is too dense is usually made into nectar. Nectar has a thicker consistency and it may also contain preservatives besides artificial sweeteners.

Stone fruit comes from the genus Prunus. It is a firm peach with smooth skin, often referred to as the ‘’shaved peach’’. Unlike peach, it does not have short hair covering the skin and it comes in a smaller size. Nectarines are a good source of vitamins A and C. They have a juicy, sweet pulp covered with thin edible skin that can be yellow, red, orange, or even white.

A warm spiced drink made of wine, sugar syrup, lemon, or orange and spices. This drink was named after an English military officer named Francis Negus who invented it in the 18th century. Port wine is traditionally used for making this drink.

Ngapi is a pungent paste made of either fish or shrimp in Burmese cuisine. Ngapi is usually made by fermenting fish or shrimp that is salted and ground then sundried. Like cheese, it can be distinguished based on the main ingredient and regional origin. Ngapi can be distinguished by the type of fish used to make it. Ngapi can come from whole fish (such as ngapi kaung), from small fish (hmyin ngapi), or from prawns. Ngapi is the main ingredient of Lower Burmese cooking and is used as a condiment or additive in most dishes. Raw ngapi, with some exceptions, is not intended for direct consumption. Similar fermented seafood pastes are common across the Southeast Asian cuisines, notably Malay belacan and Thai Kapi.

Small black seed of the plant Nigella sativa found in the family Ranunculaceae. This is a plant known as black caraway or kalonji, cultivated for its fruits and seeds, which are used as a spice or flavoring. They can also be blended into a paste used in baked products. As a spice, it is common in curries, stews, and vegetable meals, used as a black cumin substitute. It is native to Eastern Europe and Western Asia.

Nonpareil can refer to the small colorful confectionery consisting of sugar and starch or to the round chocolate drop coated with nonpareils on one side. This confectionery was originally white, but today can be found in many different colors. It is used as decoration for desserts, candies, and chocolate.

Thin strips of unleavened dough made from flour, water and fried or boiled in water until soft. They have a long-shelf-life and they are easy to prepare and serve. Noodles are considered a staple food in many Asian counties. Traditionally, they are served with a dipping sauce, in noodle soups, or stir-fried with vegetables, meat, and seafood.

Edible seaweeds of the red algae genus Pyropiain the family Bangiacae. Nori is a Japanese term for these strong-flavored vegetables. They are the essential ingredients used in wrapping rolls of sushi and onigiri, traditional Japanese specialties. Nori is mostly made of water, and they are rich in vitamins A, B, and C. Nori nutrients also include iron, copper, zinc, and phosphorous among others.

A term used for a variety of confections made from egg whites and sugar with the addition of chopped nuts and candied fruits. Honey can be a substitute for sugar to help with forming a firm mixture. The texture of nougat can be soft as a paste or hard and chewy, depending on the consistency of its ingredients and for what it is being used. It is mostly known as chocolate and candy bar filling.

Usually refers to the chicken nuggets, a deep-fried dish made of chicken meat covered in batter or breaded. They are small-sized, soft on the inside with a golden, crispy crust on the outside. Nuggets can also be baked in the oven. They are usually sold in fast-food restaurants, or they can be bought frozen in supermarkets.

Small fruit or dried seed of plants. Nuts provide a great number of nutrients, and they are high in calories. They are made of edible seeds and a firm shell that is usually discarded. The most popular varieties are hazelnuts, pistachios, walnuts, and almonds. Nuts are used in different recipes for their crunchy texture, fragrance, or flavor. They are also consumed raw as a snack, appetizer, or in salads and breakfast cereal.

Seed of a variety of species within the genus Myristica. It has a sweet flavor and a very sharp, pungent aroma. It is used powdered as a spice or in nutmeg butter. The fruit of the nutmeg tree is used candied or in jams.

This aromatic, green cantaloupe with a nutmeg shape and netted skin is a delicious and tried-and-true heirloom variety. Yielding medium-sweet fruit with subtle spicy nutmeg aftertaste, this is one of the oldest varieties of cantaloupe that has been grown and distributed in America.

Nutella is a brand of sweetened hazelnut cocoa spread.  Nutella is manufactured by the Italian company Ferrero and was first introduced in 1964, although its first iteration dates to 1963. The main ingredients of Nutella are sugar and palm oil (greater than 50%). It also contains hazelnut at 13%, cocoa solids, and skimmed milk. In the United States and the United Kingdom, Nutella contains soy products. Nutella is marketed as “hazelnut cream” in many countries. Under Italian law, it cannot be labeled as a “chocolate cream”, as it does not meet minimum cocoa solids concentration criteria. Ferrero uses 25 percent of the global supply of hazelnuts, however not all of this is used exclusively in Nutella. 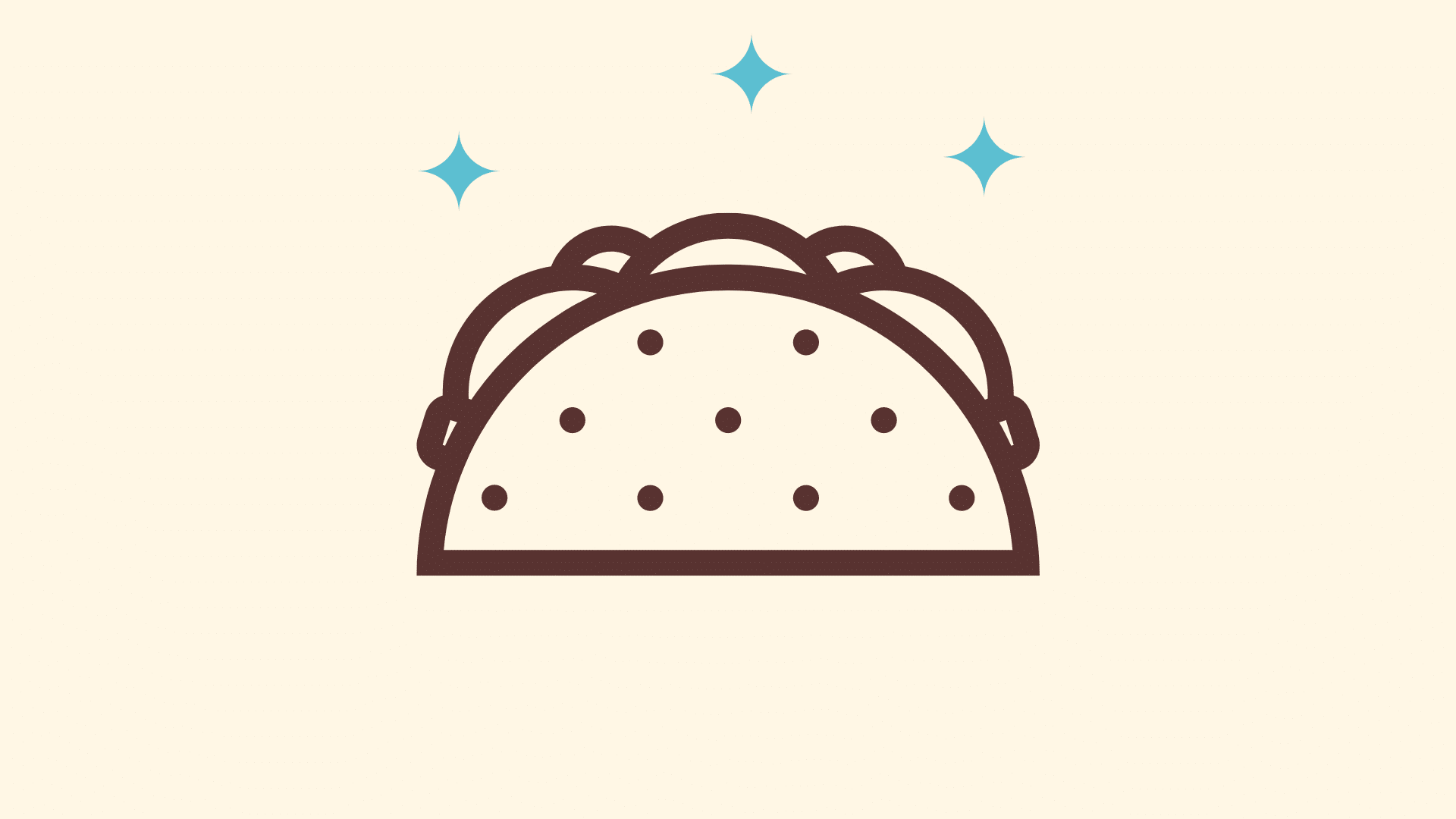 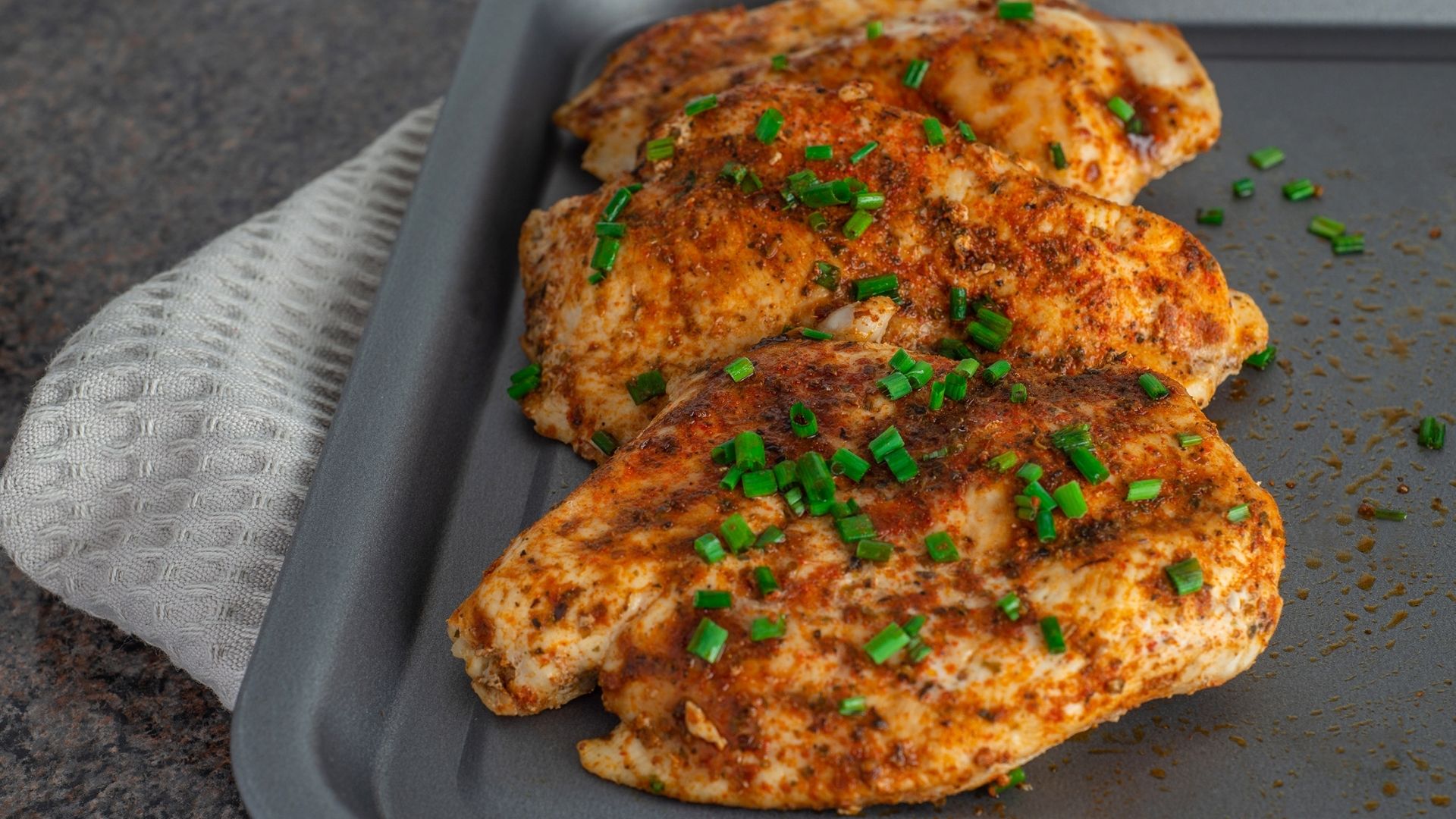 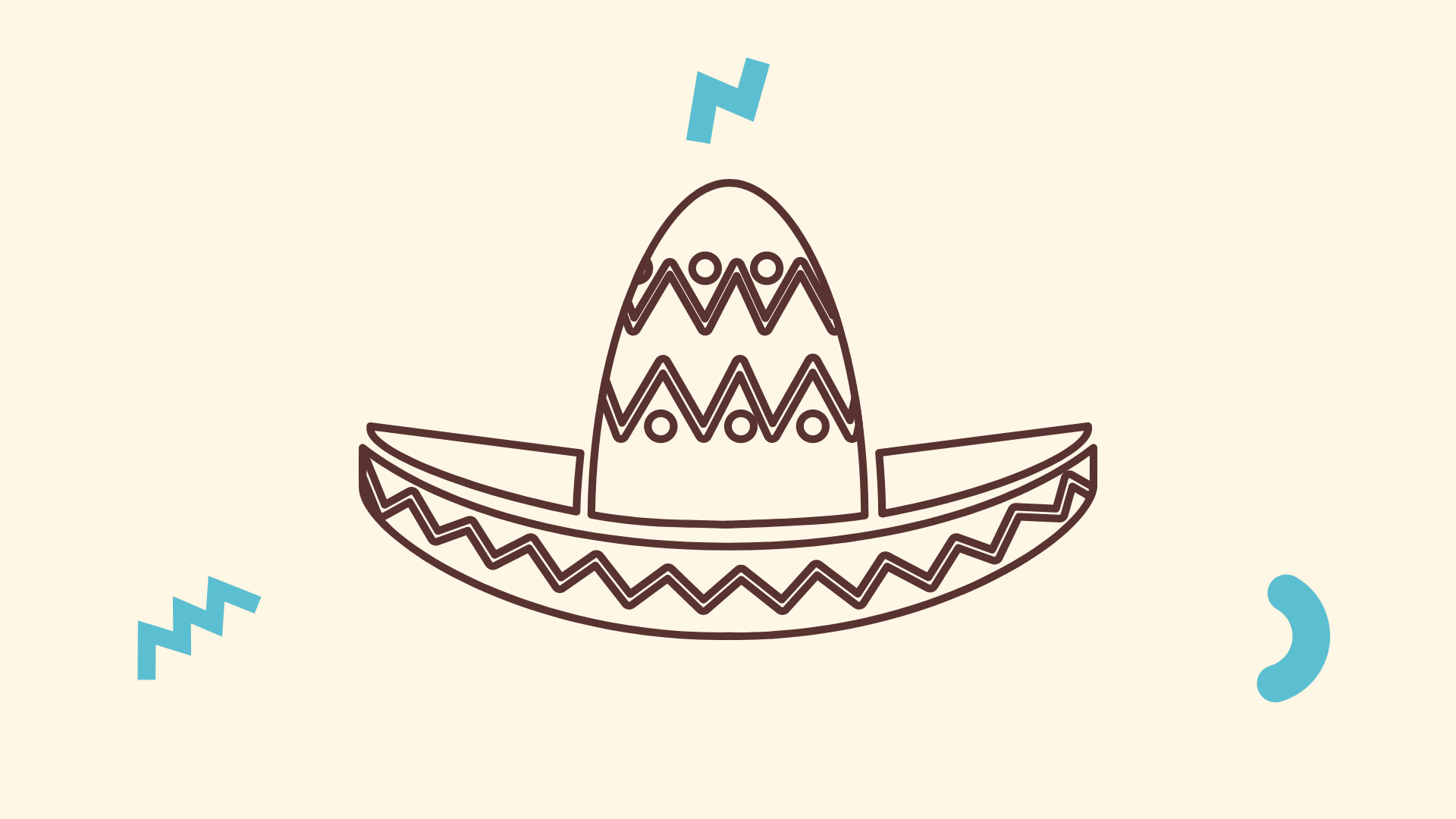 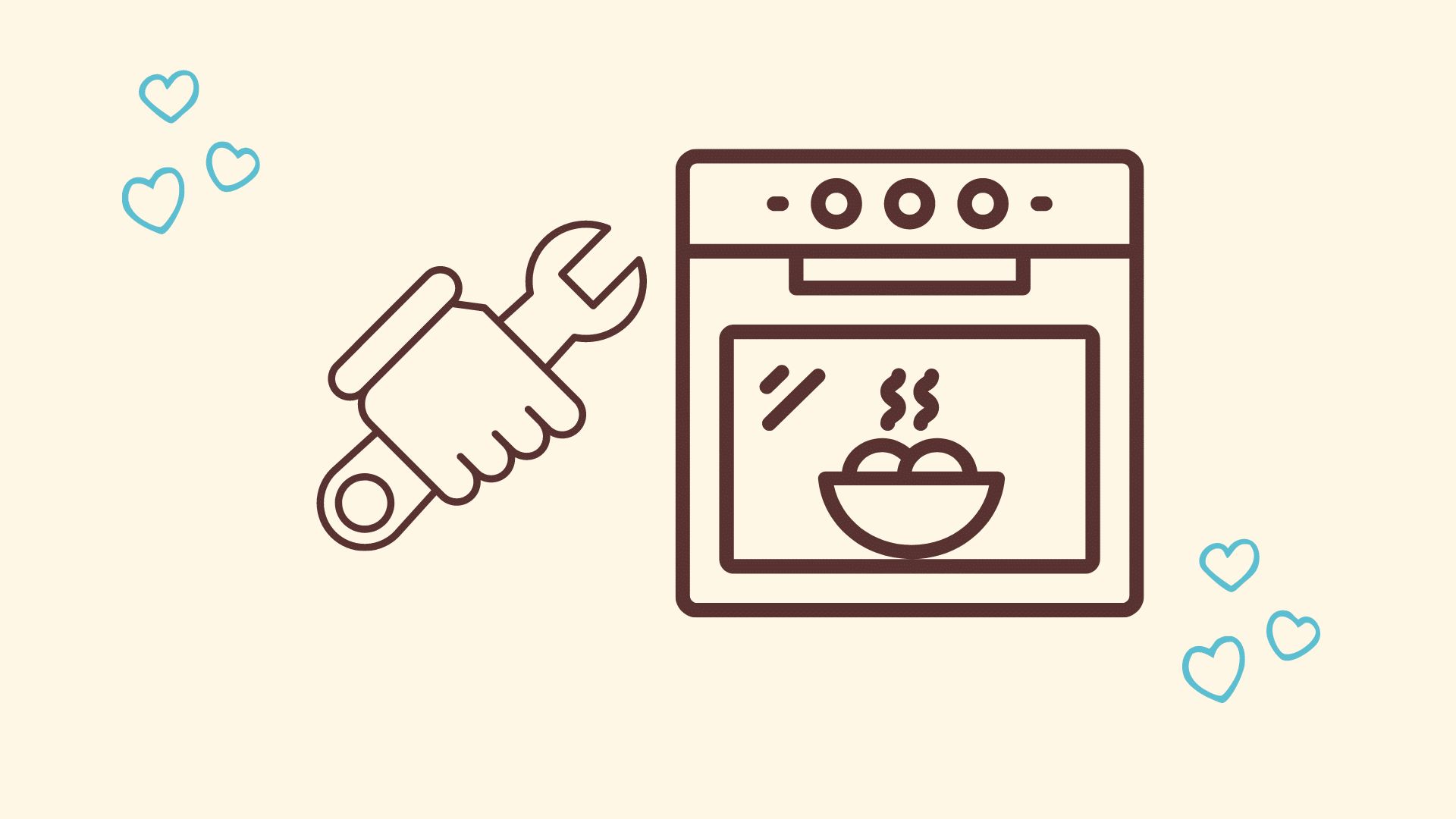 Foods That Start With M

Foods That Start With G